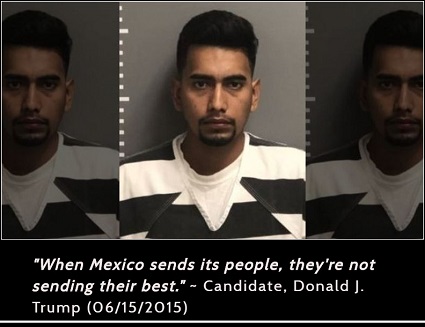 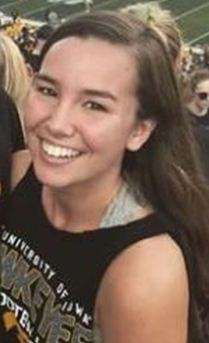 Young Mollie disappeared on July 18, 2018 while jogging. Rivera, who lived in the area for several years, led officials to a corn field where he dumped Mollie’s body not far from where she lived in the town of Brooklyn, Iowa.

“A controversial Texas state website that allows farmers and ranchers on the border to vent their frustration will stay up, despite the objections of some lawmakers.

Texas Agriculture Commissioner Todd Staples launched the website last week to bring attention to the dangerous situation on the Texas border with Mexico.

The website, Protectyourtexasborder.com, allows farmers and ranchers who live and work on the border to share pictures, videos and stories about their run-ins with drug cartels and human smugglers.

However, it’s the site’s chat-room that has generated some unanticipated controversy…”

This is a much-needed service and outlet to the people living in along the U.S./Mexico border.

One must expect that some of the commentaries on the site will be quite passionate.  After all, this is not a game but a matter of survival for Texans.  The federal government has abandoned Americans who live and work on the border.

I say let them have their sight, forum and say their peace.  Texans are within their right to do that which they must to protect their land, our country and their family and loved ones.

Congress shall make no law respecting an establishment of religion, or prohibiting the free exercise thereof; or abridging the freedom of speech, or of the press; or the right of the people peaceably to assemble, and to petition the government for a redress of grievances….

A well regulated militia, being necessary to the security of a free state, the right of the people to keep and bear arms, shall not be infringed.

How long it will be before Obama, Holder and Napolitano gets involved to do what they do best, i.e., undermine Americans and attack our liberties.

Please forward this information as widely as possible, and be sure to call your Senators, no matter who they are, but especially if they sit on this Committee.  The only way to change the system is by legislation through Congress.  The Administration doesn’t seem to want to budge.

Contact the communications director to find out more information about the meeting.  You may also call the office of the Committee majority (Democrats) at 202-224-0411.  The minority (Republicans) Committee office number is 202-224-1251.

Regardless of your home state, call the Committee chair to ask whether recent TSA abuses are on the agenda for the oversight hearing.  Senator Jay Rockefeller (D-WV) chairs the committee.  His office number is 202-224-6472.

Rodolfo Godinez, the first of six animals who participated in the execution of three young Americans with a promising  future before them, Dashon Harvey, Terrance Aeriel and Iofemi Hightower and assaulted another female was sentenced this morning to three consecutive life sentences plus 20 years in jail.

Godinez must serve at least 218 years for his conviction on murder, robbery and weapons charges.

Godinez is the lowest form of being.  He is a parasite, invader, child molester, predator, a legal immigrant from Nicaragua with nasty ways to say the least, a ranking member of the world’s most notorious gang, MS-13 A.K.A Mara Salvatrucha 13, and executioner.

“NEWARK, N.J. — The first defendant convicted in the 2007 execution-style slayings of three friends and an attack on a fourth in a schoolyard was sentenced Thursday to three consecutive life terms in prison plus 20 years.

The sentence means Rodolfo Godinez must serve at least 218 years for his conviction on murder, robbery and weapons charges.

The 27-year-old immigrant from Nicaragua didn’t speak during Thursday’s sentencing in Newark, but the survivor of the attacks told the judge she’ll have a party when Godinez dies.

State Superior Court Judge Michael Ravin called Godinez ‘a menace’ and referred to the ‘monstrousness of what happened in a place where, by day, one would hear the laughter of children at play.’

The murders of Dashon Harvey, Terrance Aeriel and Iofemi Hightower and the shooting and stabbing of a fourth stunned New Jersey’s largest city. All four victims were enrolled or about to be enrolled at Delaware State University.

The three slain victims were found slumped against a wall of Newark’s Mount Vernon School playground on Aug. 4, 2007, each having suffered a gunshot wound to the back of the head. Hightower and the survivor also were slashed with a machete.

The survivor, who was 19 at the time of the attack, testified at the trial in her first public comments since the slayings. She is not being identified by The Associated Press because of sexual assault charges against two other defendants. Her identification of a picture of one of the suspects led to the capture of all six within two weeks of the murders.

Godinez was convicted in May on 17 counts including murder, felony murder, robbery and weapons offenses. Without a wealth of physical evidence tying him to the scene — he left DNA on a beer bottle at the playground but wasn’t tied to the gun or knife used in the attacks — prosecutors used statements he made to police and to a jailhouse acquaintance that appeared to implicate him.

Defense attorney Roy Greenman said he will appeal Thursday’s sentence as well as the trial verdict.

Five other defendants are awaiting trial.”

In case, you are one of the few who are unfamiliar with this horrific execution committed by Godinez and his friends who are illegal immigrants, please see:  Newark’s Symbols of Promise, Violence.

See also:  THE DARK SIDE Of  ILLEGAL  IMMIGRATION (H/t Velvethammer.)