Planned Parenthood- Now they’re in the business of teaching little kids just to not pay any attention to whatever’s down there between their legs. 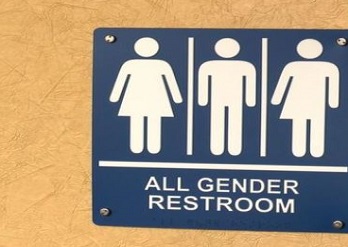 More than 60 leaders concerned about the mental health of American children have signed onto an open letter that asserts the Obama administration’s transgender bathroom decree for schools is “putting the nation’s children at risk.”

The leaders address the Obama administration’s recent “Dear Colleague” letter that denigrates the traditional common sense safety and privacy policy that boys must use boys’ bathrooms and girls must use girls’ bathrooms in school settings. The new policy – steeped in the ideology of gender fluidity – allows boys and girls to use the rest rooms and shower and locker rooms of the sex with which they identify at any given moment.

This controversial and reckless government overreach increases the risk for our children’s safety and privacy in deference to an un-tethered notion of rights. This policy rejects the scientific reality of every person’s biological sex. To force all Americans to comply with such an extreme and faulty premise – that every person’s sex is “assigned” to them, rather than simply identified at birth – is beyond the pale […]

Beyond the pale is putting it lightly. Hussein Obama has yet again overreached.

The letter can be viewed in its entirety here.

OCALA, Fla. – A Florida school district is protecting the privacy rights of its students by requiring that transgender students use the bathroom that correlates to their biological sex. A new transgender policy under review by the Marion County School Board would restrict transgender students to school restroom facilities based on their biological gender, rather than “gender identity,” and would go into effect on Wednesday if officially approved at Tuesday’s meeting, the Ocala Star Banner reports.

The resolution, discussed by board members Thursday, states that transgender students are “not a protected class under federal or state law or under Marion County Public School policy,” according to the news site.

“Male and female users of MCPS single-sex facilities reasonably expect not to be exposed to persons of the opposite sex while using those facilities.”

The issue surfaced after a Vanguard High School teacher alerted principal John Kerley to a transgender, biologically female student who was using the boy’s restroom[…]

The LBGT Gestapo is stepping up their game as they demand the rights “not to be exposed to persons of the opposite sex while using” the restrooms or dressing rooms. What idiots did not see this coming and what about rights of those they are trampling on.

Infringing upon the liberties, mind you, of those who do not want to share these facilities with transgender is b.s. and the twisting of these laws back and forth is no doubt intentional to create confusion.

LAS VEGAS – The Clark County School Board in Las Vegas is ignoring parents’ concerns and pushing forward with the possibility of including lessons on gender identity, sexual orientation in the district’s sex ed curriculum.

The board voted Thursday to explore expanding the district’s sex education curriculum for middle and high school students to include several controversial topics Planned Parenthood and the American Civil Liberties Union thinks are important, the Las Vegas Sun reports.

“I understand there are sensitivities for different groups of my constituents, but no student should feel as though they are not valid,” trustee Chris Garvy told the large public meeting at Las Vegas Academy….