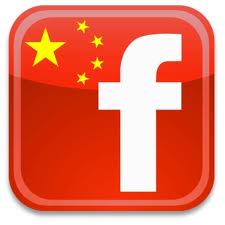 Facebook censored Sarah Noble of Independent Sentinel over her post entitled, Woman Rips Confederate Flag Off Truck, Then Rams the Owner with Her Car.  The free speech fascists at Facebook flagged and ordained the content offensive although it was not.

The Sentinel posted an article on Facebook Wednesday about a woman ripping down a Confederate flag tag from a truck in Charleston, South Carolina. When the owner of the truck saw what she did, he ran out of a grocery store to take down her plate number.

In anger she backed the car into him and took off, leaving him screaming in the parking lot. When she was caught, she said she accidentally hit him. The vandalism charge does stick as does her leaving the scene of an accident.

We did refer to her as a crazy, deranged lib. While that was not PC and a bit rude, it was an accurate story. It’s not fake news.

This was their comment about it being a “negative experience” for people:

The left actively reports as part of their censorship mantra[…]

Now those serving in the U. S. Army must suffer the insanity of politically correct transgender guidelines on behalf of fake male pregnancies?

Mandatory transgender sensitivity training for soldiers and “Department of the Army civilians”? Where does it end? The men and women who serve our country must not be distracted with this political correctness/transgender b.s.

A female soldier who along the way to transforming herself into a faux male and becomes pregnant along the way presents a whole new set of problems not just for herself with her hormones and emotions jumping all around but the safety of the men and women who serve with her….and that’s before she has the baby.

This policy was crafted through a comprehensive and inclusive process that included the leadership of the Armed Services, medical and personnel experts across the Department, transgender Service members, outside medical experts, advocacy groups, and the RAND Corporation.

In case you’re wondering who will fund the transition from female to fake male (you hear right, “fake male”), remember: Bradley Manning.

The Army has begun mandatory transgender sensitivity training for soldiers. The training covers everything from “transfemale” soldiers to transgender shower etiquette to dealing with a male soldier who becomes pregnant.

Yes, good readers. Within the ranks of the greatest fighting force known to mankind – the baby’s daddy could also be the baby’s momma. Click here to see the photo.

“That pregnancy scenario is beyond words,” Chaplain Alliance for Religious Liberty executive director Ron Crews told me. “This is an example of how this social policy can be used simply to promote personal agendas at the expense of taxpayers with no regard for being what the military is all about….”

This is yet Another example of how Barack Obama implemented policies that would denigrate the men and women in service, weaken, politicize, and make a mockery of the most powerful military force in the world.

How do you feel about this policy and its effect on our men and women who serve?  Their families? The country?

If it makes me an Islamophobe to read this, look at the driver’s license and then ask, “what the hell is Trudeau’s problem,” I can handle that. Sticks and stones.

The hypocrisy and unfairness of it all is mind boggling. In fact, it’s not safe if they really believe a license for guns makes people safer.

In Canada, gun licenses are handed out with exemptions for Muslims. Special gun rights for Muslims in a country that wants MORE gun control. What’s to stop a male Muslim from buying guns? All Muslims have to is present a letter.

They do the same thing with the driver’s license also.

What the hell is Trudeau’s problem?  And right across our border?

Twitter is now retaliating against anyone not using politically correct language when taking on fascists.  Of course, fascists can use the same language against non-fascists without threat of ending up in the penalty box, i.e., timeout.

Take a GOOD look at this face, below.

This is a boy who has never seen a fist-fight.

One can only imagine CEO Jack from Twitter as a kid: He was probably shoved into the corner by his domineering, feminist, gasbag Mother who beat the hell out of him with wet noodle’s and served him time-outs. Barely a few generations after WW2 and this is what we have: Weak, knee-jerk, girly-boys who can’t stand up for themselves, so they push their lady ways all over men who can—hence, the problem with boy Leftists[…] 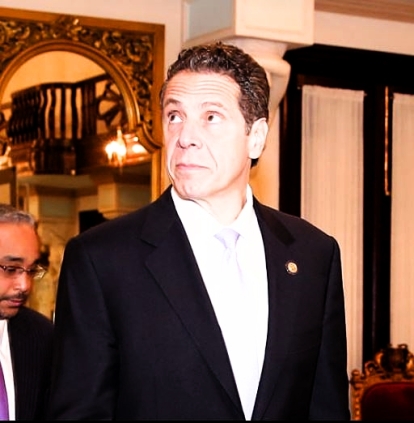 THIS IS AN OUTRAGE!  Fascist Andrew Cuomo has his sights set on the 2020 presidential election and so he is courting the Muslim vote by selling New York State down river.

Spread this around. I couldn’t believe it when I read it so I checked it myself and you can too on this link. The madmen in the New York Senate declared yesterday as Hijab Day.

This is one of the reasons immigrants don’t adapt to a Western culture. The liberals/leftists don’t want them to, they want us to adapt to them.

No matter what anyone tells you, the hijab is foreign, it’s not American. It’s fine if immigrants want to wear them and call it religious, but dedicating a day to something that represents the diminishment of women is not acceptable to real feminists.

It’s not Islamaphobia to forego promoting the wearing of the hijab. Did anyone demand we wear or honor Saris when East Indians came to the U.S.? This is to promote the lie that Islamophobia is growing under Trump.

What’s wrong with the hijab for American women

The hijab shows modesty according to Arabs in America. They say women choose to wear it to show modesty or their devotion to God and still others wear it to show their Muslim identity. Whether they choose to or not is an open question.

Female hair is considered awra (an intimate part of the body that must be covered by clothing) in much of Islam. There is no such requirement for men.

The harder Progressives try to link president-elect, Donald J. Trump to the likes of Benito Mussolini or Adolf Hitler, the deeper they step in their own manure as is the case of Sabine Heinlein, an arm  of the Daily Beast’s propaganda machine intended to forewarn Americans about the shameless perils that is sure to befall in non-politically correct America under soon to be President Trump.

Heinlein, after all should know, because she hails from Germany and Germans speak their minds when you drop a gum-wrapper on the ground instantaneously demanding that you pick it up followed by a good scolding and Germans who demanded that her American boyfriend remove his towel while in a sauna other overheated, sweaty Germans because others (Germans in attendance) are not wearing a towel.

The same Germans mind you who will not stand up and speak up against Muslim invaders who rape their wives, daughters, sisters, mothers and sons because to do so is Islamaphobic.  So, what the hell can she say to Americans about Donald Trump that won’t end with Heinlein putting her foot in her mouth?

…if this is the fear of the incoming president, it’s self-defeating to advocate a form of resistance that is itself fascistic.

Consider, for example, a recent Daily Beast op-ed by Sabine Heinlein, who claims her experience growing up in post-Nazi Germany has given her a unique insight into America’s current political landscape.

‘In Germany, we were taught over and over again that Hitler came to power because ordinary people were afraid to stand up and speak out. Americans could stand to learn that lesson now,’ she wrote.

She continued, ‘I am beyond frustrated that we’re stuck with a president who, just like Adolf Hitler, despises refugees, intellectuals, journalists, women and non-Christians….’

Trump? Hitler? The war on women? The media? Non-Christians, meaning Muslims who are at war with every group that Heinlein, a delusional Progressive moron mentions in her propaganda piece.

Whatever point that Heinlein hoped to make was, at this point, rendered invalid.

Miss Clueless from Germany tops her propaganda piece off with the following paragraph:

I have plenty of problems with Germany, but its people’s willingness to speak their minds and stand up for others isn’t one of them. Whatever you do, in Germany the public good trumps your individual desires. While I think demanding someone to drop their towel might be taking things a step too far, I also think that there is a lesson to be learned…

One would think that by the time, Heinlein re-read the above paragraph, she would have thought to herself, “did I say that?” or “oh, wait…”

Nope, the balance of the article continues on the same path.  Not knocking Europe or even Germany but if the rest of Europe or Germany are of the same mindset as Heinlein, Europe is screwed especially if being “a good German” means saying nothing while one’s family members and loved ones are maimed, murdered and raped by Muslim invaders.

As for suggesting that Americans “be a good German,” tell that to globalists, I like being an American, an outspoken American about my liberties, the future of our country and everything else of which the global elites disapprove.