NO this isn’t everything that happened in data, not even close. When you start paying attention, you see that data breaches are happening daily , internet outages, cables cut, privacy bills passing, privacy bills getting killed or weakened by the very industry taking the data, internet as a human right, tremendous expansion of online education and blended learning, lawsuits, who’s spying on who…it’s everywhere and it’s enough to make your head spin. So, today, I write on just a few of the data stories of this week. You will want to read- They are big stories. Click on the links to read the full stories. Be sure to read the last one from Microsoft on being human.

Twitter -Dataminr have been providing U.S. intelligence agencies with data

[T]he chilly relationship between government bodies and private tech businesses is growing frostier by the day. In the latest development, it has emerged that Twitter requested one of its key B2B partners, Dataminr — a service that offers advanced social media analytics and early detection of major events like terrorist attacks or natural disasters — stop providing U.S. intelligence agencies with their tools and content.

But Dataminr isn’t ending its relationship with the government altogether: Dataminir still counts In-Q-Tel, the non-profit investment arm of the CIA, as an investor. Dataminr has taken investment from Twitter, too, highlighting some of the conflicts that remain as tech companies fight for more transparency and autonomy from government control. Interestingly, the agencies who are at the center of today’s news were using Dataminr in an unpaid pilot, TechCrunch understands. That pilot, which was coming to an end, could not be continued as a paid deal because of pre-existing Twitter policies that forbid selling data for use in government surveillance. The news of Dataminr cutting off intelligence groups was first reported by the WSJ, and we have confirmed the details directly with sources.

What exactly is Dataminr? The company uses Twitter firehose data — the unfiltered, full stream of Tweets from Twitter’s 300m+ users — along with other primary sources,

Continue Reading — This week in data: spying, lying and being human. 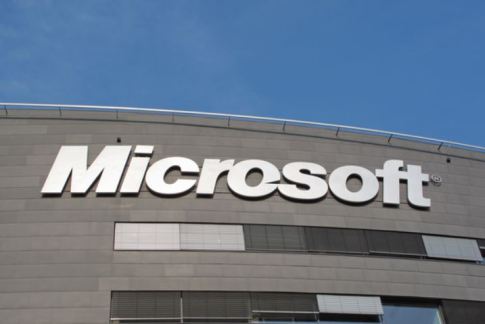 Is there anything that Microsoft does not have its slimy paws into? They are not to be trusted.

The Hill by Mario Trujillo

Microsoft volunteered to provide the technology to help tally up the results of Iowa’s caucus, free of charge. Now it will be put to the test Monday night.

The contests in both parties are expected to go down to the wire. And the spotlight will be on precinct officials who have been trained on a new Microsoft app, which is meant to cut down on human error and speed up the reporting process.

Both the Republican and Democratic parties in Iowa have expressed strong confidence in Microsoft, dismissing late suspicion of corporate influence from the campaign of Sen. Bernie Sanders (I-Vt.) early last week.

Party officials have said no errors have been spotted in caucus dry runs. But the Sanders campaign has created its own backup reporting system, as has the Hillary Clinton campaign.

“It will be interesting to see what happens if and when there are discrepancies between the Microsoft system and either Democratic or Republican campaign tabulations,” Iowa State University professor Mack Shelley said[…]

Continue Reading — Microsoft on the hot seat in Iowa

The arrangement has aroused the suspicions of aides to Sanders, who regularly warn that corporate power and the billionaire class are trying to hijack democracy. Pete D’Alessandro, who is running the Iowa portion of Sanders’ campaign, questioned the motives of the major multinational corporation in an interview with MSNBC: “You’d have to ask yourself why they’d want to give something like that away for free.”

The Sanders campaign has built their own reporting system to check the results from the official Microsoft-backed app. It has trained its precinct captain on using the app, which is designed to be as user friendly as possible, and the campaign will also staff a hotline system as further redundancy….

The Progressive establishment of both parties is not to be trusted especially with Microsoft in their corners. 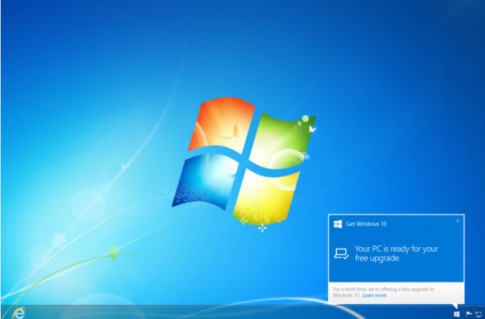 Speaking to Windows Weekly, Microsoft Marketing chief Chris Capossela explained that users who choose Windows 7 do so “at your own risk, at your own peril” and he revealed Microsoft has concerns about its future software and hardware compatibility, security and more.

“We do worry when people are running an operating system that’s 10 years old that the next printer they buy isn’t going to work well, or they buy a new game, they buy Fallout 4, a very popular game, and it doesn’t work on a bunch of older machines,” Capossela stated. “And so, as we are pushing our ISV [Independent Software Vendor] and hardware partners to build great new stuff that takes advantage of Windows 10 that obviously makes the old stuff really bad and not to mention viruses and security problems.”[…]

Since I am not a gamer, I had to lookup “Fallout 4.” Not interested in Microsoft’s propaganda and aggressive tactics to nudge Windows 7 and 8.1 users, which it has surpassed, and push which Microsoft has also surpassed at this point to force users of earlier systems jump on the Windows 10 train.

Why? Microsoft claims that it wants to move “users to a ‘safer place,’” i.e., shove users on to the Windows 10 train because it is for the greater good aka the good of the collective; namely, Microsoft’s.

And so as an owner of a Windows 7 and Windows 8.1 laptops, who planned last summer to upgrade to Windows 10 but had a change of heart later on, I resent that Microsoft left me no other alternative but to hide its “get your Windows 10” alert.

Even worse is Microsoft’s draconian tactics that includes blocking Windows 7 and 8.1 users from upgrading and eliminating the “decline option” that once existed under the “Get Windows 10” alert.

Whether to upgrade to Windows 10 or not is not the issue (for me). The issue is Microsoft taking away the user’s right to choose. 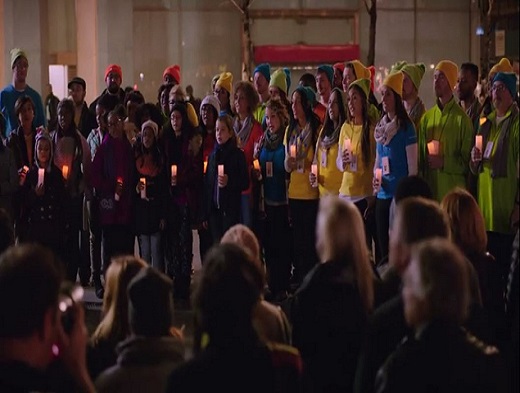 Microsoft released a Christmas commercial, which aired last week. Re-writing the song, “Let There Be Peace on Earth,” Microsoft omitted the words, “With God as our Father” replacing it a globalist term “Let peace begin with me.”

Political correctness, anti-Christian or did Microsoft allow the wrong parties to produce the final product? The words, “With God as our Father” are included in the “behind the scenes video” below.

Note that the unedited version of Microsoft’s Christmas video does contain the words, “With God as our Father” but it still does not justify the omission of God by editors.

Decision affirms US position that the world’s servers are for the taking.

A federal judge ruled Thursday that Microsoft must hand over e-mails stored on an overseas server to US authorities. The case gives the Obama administration approval to reach into servers abroad. “It is a question of control, not a question of the location of that information,” US District Judge Loretta Preska ruled in a closely followed legal flap. The bench order from the New York judge was stayed pending appeal. The judge sided with the Obama Administration claims that any company with operations in the United States must comply with valid warrants for data, even if the content is stored overseas—in this case[…]

Government overreach and Barack Obama on his new world order shtick.  No wonder Americans businesses are getting the heck out of dodge.

Have a seat America and let us wait for the unintended consequences to kick in, i.e., not for Microsoft.  They are already being kicked in the butt for giving the keys to the kingdom to the NSA.   How soon will it be before other nations are making the same requests?

Wow. Here’s a link to the Gates-subsidized NBCNews.com article. There is no indication that it’s an advertisement or advertorial. It appears to be a bona fide news story written by a bona fide reporter (Nona Willis Aronowitz)….

Who would have guessed the collectivist whores at NBC would be involved in such a thing? (Sarcasm)

See also: How Microsoft will make money from Common Core (despite what Bill Gates said).