Posted under Fair Use for Educational Purposes. See Credits below*

I just saw a memorial by a lady whose 98- year old mother had just passed, a young 24 year old, with a baby, when her husband shipped out.

My own mother passed away two years ago, age 94, and when my dad shipped, she was pregnant with my sister. She was nearly three before he could get back to see her. (They didn’t have home leaves during that war.)

Jo Stafford, who you probably never heard of, had the finest voice during World War. She sang with the Pied Pipers, which included Frank Sinatra, and the Tommy Dorsey orchestra.

Enjoy the pictures, and feel free to come add your own. VeteransTales is for those who stayed and waited, and prayed, and took the men’s place in the factories.

We began this conversation a couple of weeks ago, when we pointed out that 90% of Americans have invested none of their own skin in this game that is called “Keeping America Alive.” Even my generation, the last to know the military draft, which was never natural to the American scheme of warfare anyway, and which accounts for about half of the “skin in the game” citizenry today, are now in our 60s and 70s, and will soon pass away.

Most college-aged kids, unless there’s an uncle or aunt in there somewhere who’re veterans, have never even met a veteran.

So do the math.

First Principle: With every passing generation, that 90% percentage is likely to get larger, only not because our military manpower needs may diminish, but rather because most Americans for the past 50 years have never been raised, and certainly not educated, to think of America (the-Idea) as anything special, as a thing worth clinging to or passing onto their children.

It’s not that we’ve lost our sense of gratitude–well, a little—we feel more entitled today than 50 years ago—we’re just no longer taught to appreciate the wellspring of that gratitude. American kids are no longer taught to look at any everyday product, from a cell phone to a hamburger, and connect the dots that put that phone or burger in their hand, or the money in their pocket to buy it. Money equals phone. Ever kid knows that equation. Job equals money equals phone however requires an extra dot, and many can’t connect it. Way too many Americans never have had to, as I reported only last week, in describing the growth of the trust fund babies since the 60s.

Just understand that much of what they now don’t know is purposefully denied them.

Still, it is those simple things, connecting a treasure in their lives to a foundational source, is what has always bound Americans.

In that story, above, about the ’68 Chicago Democratic Party Convention riots, I noted that there were tens of thousands of students from affluent families who had never worked, nor would ever have to, unless they could land a cush job at a non-profit, of which, today, there are thousands more than there were in ’68.

So today the size of that army of ne’er-do-wells who have to do no work numbers in the millions, and there are entire university and college departments dedicated to keeping them away from any meaningful relationship with their native country and its origins.

Moreover, if you’ve ever walked where they had been recently, at an outdoor function, a march or camp-in, you’ll also learn that they don’t treat the earth too kindly, despite what they say about protecting it; 21-year olds in their own private pigpen[…] 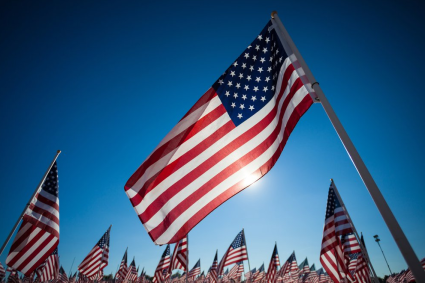 Yesterday, I watched the laying of the Wreath at the Tomb of the Unknown Soldier, and then the visit to Arlington by our President. Listened to the speeches… and thoroughly enjoyed how many times President Trump mentioned God. If memory serves me correctly, Barack Obama didn’t go to Arlington his first presidential year; he had Biden do the traditional remembrance.

For the first time in over 8 years, Memorial Day felt like it was once again America’s special day. At least as far as the return of not only the “right” to honor our war dead, but more importantly, the feelings associated with such a solemn, sacred event were evoked, even encouraged. As always, the Left tried to be dismissive of our patriotism, but either I’m dreaming or it’s real; the sense of their power over us is weakening[…]

Please pass the word. Our SEAL’s deserve our respect and our support.

Westboro to Protest SEAL Crash Victim’s Funeral As if the Chinook crash wasn't devastating enough, it seems the loving and compassionate family that is Westboro Baptist Church intends to protest the funerals of these heroes, adding insult to injury!!!! How dare these people dishonor these fallen warriors with their lies and misplaced outrage!!! Why does the Southern Baptist Conventionor the National Baptist Church Associationpermit the misuse of … Read More 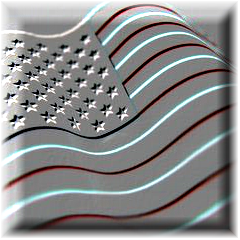 Few things touch my heart more than tales surrounding Veterans, and few things hinder a veterans’ re-entry more than a feeling of isolation. The men and women who served our nation honorably, but returned to find their lives upside down and inside out. Under the best circumstances, service overseas is a challenge. The service member is separated from friends and family and deposited in a location and culture different than the USA. Most times, th … Read More