Am I the only one wondering why Donna Brazile who has stood by the Clintons for three decades has turned so viciously on Hillary Clinton while taking one heck of a beatdown from the Communist media complex?

Of course, the only place for Brazile to go will be further, further, FURTHER to the left; and who do you suppose would be waiting there to pick up the pieces after Crooked is destroyed and President Donald J. Trump thoroughly discredited in the eyes of useful idiots from Clinton’s purchase of a second Russian dossier although fake? 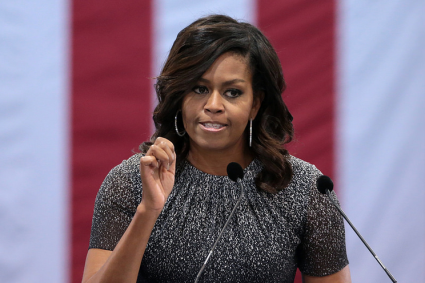 Hard to imagine?  Not really.  Barack Obama is big on iterative reiteration, i.e., “if you say it enough, they will begin to believe it.” We’re seeing that now in Blue states where useful idiots will vote based on identity politics rather than a candidate’s platform.

On his national broadcast Wednesday, Rush Limbaugh discussed the subversive tactics Democrats use to push their agenda. He has given consideration to the issue of why Donna Brazile’s book ‘Hacks’ and her speaking engagements to sell it have been so hard on Hillary from her health to her rigging of the election to calling Hillary’s campaign a cult with staff treating her like ‘Patsey slave”.

What is it really about?

“My red flags, my suspicions have been aroused,” Limbaugh said. “They are working real hard, Brazile and whoever else is part of this, they’re working real hard to make us turn our heads over here and take a look at what she’s writing and what she’s saying and following it, getting caught up in it like a soap opera, while over here where we’re not looking, something’s going on.”

A bit of legerdemain.

“So I’ve been asking myself, what could the real purpose of this be? When you start from a position you by experience and intelligence must consider, and that is the Democrats are great at distraction and misdirection[…] 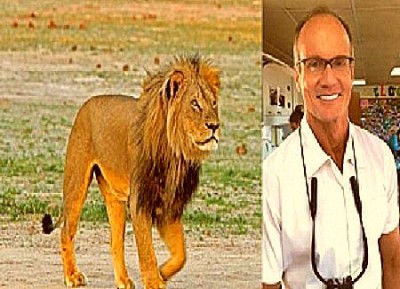 First and last time I’m going to say this.

Yeah, bummer about the lion.

Having said this, can we spend a moment discussing the difference in bandwidth, which this coverage and another story are getting nationally? Turn on the television and there’s a photo of Cecil licking his paws, lying down, mounting one of his ‘wives’, and, in general, just doing cute-hey-I’m-not-a-killing-machine I’m doing cute and cuddly ‘kitty’ stuff. Next appears a photo showing a despicable man who spends his time scaling gums, scraping tarter, drilling teeth, and tells you constantly to “Rinse and spit” which ended the short, (yet memorable) cuddly kitty life of ‘Cecil the Lion’. .

Another story cropped up recently which I’m thinking might be a bit MORE worthy of National debate than this, “Lion shooting” obsession in the Media. Perhaps the one about the folks from the Center for Medical Progress who were negotiating to buy ‘virtually unused!’ fetal parts from Planned Parenthood? .

Interestingly enough, this story is about another Cecil (well, actually it’s ‘Cecile’ Richards, but I’m leaving the last ‘e’ off her name because, well, just because I can – it’s my post, after all).

Cecile Richards is the President of Planned Parenthood. This family-friendly (not really) organization offers wonderful services to women, WAY too many for me to type here, but here’s what I found on their website, you know, so I won’t misrepresent the useful, beneficial….. 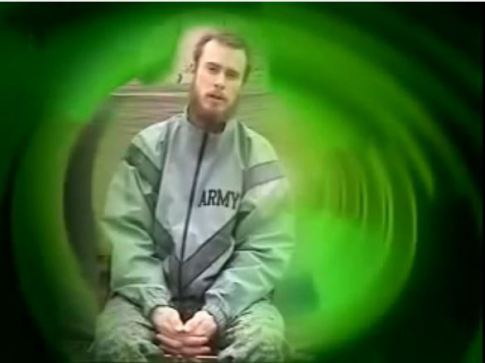 Moreover, will America forget the circumstances under which Army Sergeant Bowe Bergdahl was captured by the Taliban and eventually ended up in Pakistan?

Bergdahl once told to a friend of his, former Specialist Jason Fry, that if deployment was lame, he would “walk off into the mountains of Pakistan.”

Army Sergeant Bowe Bergdahl’s parents are blessed in that they will once again have the opportunity to hold and kiss their son while many others whose loved ones made the ultimate sacrifice for their nation in times of war are denied such fortune.

While I am happy for the Bergdahl family, I take no pleasure in the revelations that five terrorists and an unreported amount of American taxpayer dollars were part of the deal. Of course, money was part of the deal. That is how jihadists roll and now the Haqqani are rolling in American dollars that will be put towards the task of slaughtering Americans.

So what is next? Will Sergeant Bergdahl be held accountable for his actions or will Barack Obama hold him up as a hero?

As pointed out by Brad Thor during his many tweets yesterday:

#Bergdahl before walking off his base and being captured: “The horror that is america is disgusting.” http://t.co/bXGFhyk4Yo

…Bowe approached his team leader not long after he got off guard duty and asked his superior a simple question: If I were to leave the base, would it cause problems if I took my sensitive equipment?

Yes, his team leader responded – if you took your rifle and night-vision goggles, that would cause problems….

According to the article, Bergdahl wrote the following in an email to his father shortly before walking away from his commitment:

“The future is too good to waste on lies…And life is way too short to care for the damnation of others, as well as to spend it helping fools with their ideas that are wrong. I have seen their ideas and I am ashamed to even be american. The horror of the self-righteous arrogance that they thrive in. It is all revolting….

The e-mail went on to list a series of complaints: Three good sergeants, Bowe said, had been forced to move to another company, and ‘one of the biggest shit bags is being put in charge of the team.’ His battalion commander was a ‘conceited old fool.’ The military system itself was broken: ‘In the US army you are cut down for being honest… but if you are a conceited brown nosing shit bag you will be allowed to do what ever you want, and you will be handed your higher rank… The system is wrong. I am ashamed to be an american. And the title of US soldier is just the lie of fools.” The soldiers he actually admired were planning on leaving: “The US army is the biggest joke the world has to laugh at. It is the army of liars, backstabbers, fools, and bullies. The few good SGTs are getting out as soon as they can, and they are telling us privates to do the same….’

The tweet has since been deleted from twitter, however, once on the internet always on the internet (image below). Note Robert Bergdahl dispatched the tweet before the Haqqani freed his son.

@irritatedwoman Why is Bowe Berghdahl’s father trying 2 free Gitmo prisoners? This POW story has been odd since day 1 pic.twitter.com/x6R7JinoeX 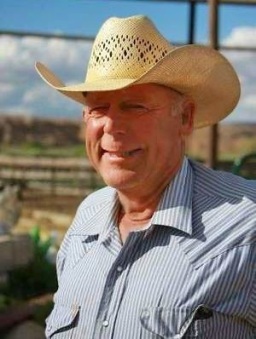 Progressives are so predictable. Apparently, a reporter and photographer from the New York Times decided to show up last weekend at Cliven Bundy’s ranch for Bundy’s daily conference.

The fact that the NYT popped up on the scene should have set off alarm bells and warnings with someone, anyone but it did not. Bundy not being a seasoned interviewee stepped into a land mine.

Bundy, it can be said, although expressing his freedom of speech and thought said something that the New York Times rag could twist, turn and regurgitate making this one statement a major distraction for weeks to come.

The endgame, of course, is to distract and to drive a wedge between public opinion and the massive BLM land grab going on across the United States. In this case, Nevada.

Somehow, during the interview, Bundy entered into a discussion about abortion, welfare and its effects on Black America.

‘And because they were basically on government subsidy, so now what do they do?’ he asked. ‘They abort their young children, they put their young men in jail, because they never learned how to pick cotton. And I’ve often wondered, are they better off as slaves, picking cotton and having a family life and doing things, or are they better off under government subsidy? They didn’t get no more freedom. They got less freedom….’

You can view video of Bundy’s remarks here.

Of course, Bundy’s remarks has nothing to do with the land grab which is why I wonder that with everyone surrounding the Bundy’s these past few weeks why didn’t someone, again anyone tutor Mr. Bundy when it came to the mainstream media. Better yet, why wasn’t someone around to keep him on subject?

Look, I am not going to sugar coat this or make excuses for the politicians now busting a gasket to distance themselves from Bundy. I will say that I am sick of candy arse (forgive my language) bureaucrats and Conservative journalist and pundits (you know who you are, your government check is in the mail) running for the nearest exit when Progressives pull a fast one, someone is misquoted, taken out of context or shares a view that is not pc. These land grabs by the federal government is so much bigger than that.

At the same time, I make no excuses for Bundy’s remarks but since this unhyphenated American has made similar remarks herself, as have many hard-working Blacks about self-loathing Blacks on the government dole, does that make me racist? (Warned you, no sugar coating.)

I have no interest in the government’s smear campaign intended to destroy Cliven Bundy after which the federal government will then go in for the kill.

Now that I have had my say, in the future, anything that I write from here on in regarding the Bundy Ranch Standoff, BLM’s land grab and that ODB, Harry Reid, will be on subject not the distractions. 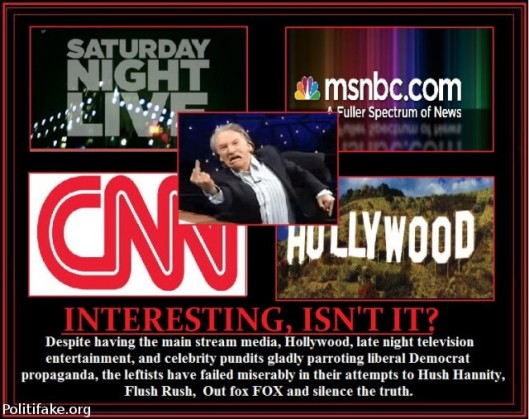 Zo doesn’t agree with Obama and Democrats. But Zo is sick of the energy Conservatives put into shaking their fists at politicians, and the thinking that it’s going to take another politician to solve the problem. Conservatives aren’t doing the cultural work to gain and maintain representation. If they would put more effort into supporting the creativity of artists, to illustrate and promote Conservatism, instead of always thinking the answer is going to be a politician, they would see more positive effects. The reason why stuffy rich, white-suit wearing, Democrats are able to get votes is because they have relatable figures that go out before them to condition the culture to embrace what they represent. (Rock artists, rap artists, comedians, fashionistas, actors, models, R&B singers, punk rock bands, etc.) They have it down to a science. And the formula is right there in front of co