“If people let the government decide what foods they eat and what medicines they take, their bodies will soon be in as sorry a state as are the souls who live under tyranny.”  ~  Thomas Jefferson 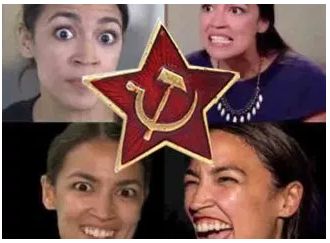 “Yes, we’re going to get rid of the entire health insurance industry. That’s a feature, not a bug,” Riffle tweeted, linking to a video of Harris saying just that during a CNN town hall on Monday.

Yes, we're going to get rid of the entire health insurance industry. That's a feature, not a bug. https://t.co/W3mgT0t6aP

In 2017, 1.5 million Americans were employed by the healthcare industry.

Cortez, or AOC as she likes to call herself, has already made it clear that she wants to natonalize the energy industry.

The hardcore leftist also wants the government to confiscate other peoples’ money, especially if they make over an amount she deems to be too much. Apparently, she has never considered the fact that these successful people will be less productive rather than give it to the AOC government of the United States of Venezuela.