Just three days ago, I wondered if Progressives was moving to do a Judge Roy Moore or Clarence Thomas (no disrespect intended to either gentleman) on Judge Brett Kavanaugh.

Progressives are going with the Clarence Thomas attack, i.e., another 21st century lynching of a Conservative.

Will Republicans have the stones to stand firm and see this through?  So who did Progressives find to levy salacious allegations this time around?  Social justice warrior and Bernie Sanders supporter, Christine Blasey who spent the weekend scrubbing her social media sites prior to going public.

Side note: There’s a lot of that going around these past few years.  Scrub the internet first, then go public.  That alone alone speaks volumes. 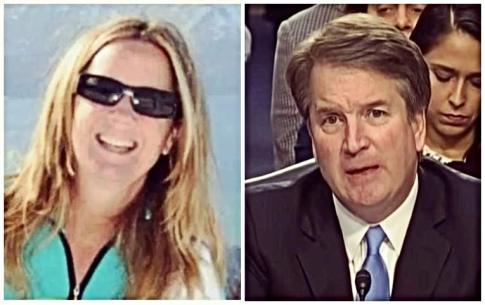 “These are all the ills that I was trying to avoid,” Ford told the Washington Post. “Now I feel like my civic responsibility is outweighing my anguish and my terror about retaliation.”

Judge Kavanaugh has since issued two statements denying the allegations.

Christine Blasey-Ford’s claim against Judge Brett Kavanaugh includes “evidence”. The evidence does not stand up under scrutiny. She claims she never mentioned the alleged assault by the Judge until 2012 when she and her husband went into couples’ therapy.

There are therapist notes from that time to prove the allegation, only they don’t[…]