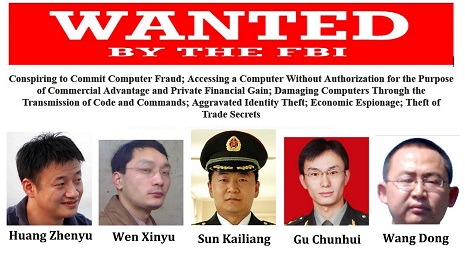 Recent revelations that China hacked Hillary’s illegal email set-up for most of the years of her service as Secretary of State, and probably beyond, are being underplayed in the media.

But it’s a game-changer, for no longer is Hillary the central bad guy in this little criminal escapade. In fact, she may even become the Democrats’ designated fall guy to protect even more culpable, and important crooks.

From the moment the world knew that Hillary was using an unsecured server, everyone knew of the security risks, and the possibility of a breach by the Chinese, the Russians, possibly even the Macedonians and Mongols. Even high school students could have listened in.

The cavalier indifference, not to mention criminality, was stunning.

And of course Barack Obama was part of those email exchanges, as well.

I don’t care if all Barack will admit to was telling Hilary about his hopes for own his daughters’ weddings someday, just as Hillary blathered on about daughter Chelsea’s, the salient fact is, now that they both have been caught in this public lie that they even corresponded, that it no longer matters what Barack Obama or Hillary Clinton discussed in those emails.

The fact that China and probably Russians, even those guys in Ulan Bator and Kavadarcii saw those conversations in real-time is just that…a FACT[…]

3 thoughts on “Democrats and the China Syndrome”