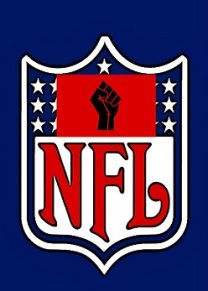 This is the same lot of dirt bags who during the 60’s and 70’s pushed “burn baby burn” propaganda, the result of which Blacks and Latinos burning their already blighted communities to the ground.

It took more than three decades to rebuild those communities and erase the damage,aesthetically and economically. Due to the ignorance of many, the psychological damage remains until this day.

Enter 2018 and the same dirt bags have urged clueless NFL players who know nothing of the past to “burn baby burn” their own houses down. The useful idiots are only too willing to comply.

The result, of course, will be history repeating itself leaving these useful idiots back at square one. As in the past, they will fall, fall hard having only themselves to blame.

The left has got this game in its sights. I have warned everybody about this. When I do, people think I’m a nut, a kook. “Nobody can bring down the NFL, what are you talking about, Rush? You see politics in everything and you think that these political forces on the left have the ability to bring about change.” What in the world is happening to our culture, folks? The left targets something it doesn’t like and they never give up and they keep going until they ruin it. And I’m telling you, National Football League is in their crosshairs right now. – Rush Limbaugh, September 10, 2014

Four days after seemingly defying the NFL and letting the world know about his team’s zero-tolerance policy regarding standing for the national anthem, Jones is now not talking about the issue because he has been told not to by the league.

Jones informed several local television stations who had booked him for interviews on their Sunday night show from training camp in Oxnard, Calif., that questions about the national anthem and his team’s policy were not permitted because the NFL had told him to stop speaking on the matter.

Doocy said he was told by the Cowboys public relations staff that he could not ask any questions about the national anthem at the last minute. He made the editorial decision to nix the interview[…]