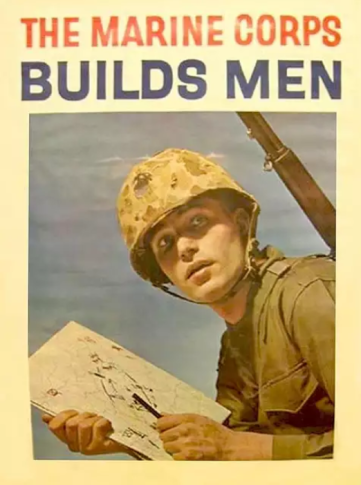 This is a theme with us at VeteransTales.0rg.

When more veterans with skin in the game have checked in, this will be a running topic, and within two years, a working project on the ground. (Check our Mission statement for the longer game.)

At the heart of this inquiry is hearing from veterans about what it is in the hearts and minds that causes an American to go down and enlist when he or she don’t have to, and when more than 95% of Americans don’t.

This is no small thing.

For the most part, I’m limiting my generation, the Baby Boomers, in this conversation, for the circumstances today are not the same as they were during our youth. We can share history and a little wisdom, sort of like tribal elders, (Hoka hey) in discussing what lay ahead, but we’re starting to die off, and likely won’t be around when this project’s complete, if it is to succeed at all.

The point here is to get it off the ground.

Besides, we have done such a poor job of passing the American torch on. Looking back 30 years, while still in my 40s, and Ronald Reagan was president, I thought I was the super patriot, yet there were things right under my nose I could’ve done something about, and should’ve done something about, but didn’t. So, my batting average is only 50% with my own kids, a lot of dots I could’ve connected, but didn’t.

A short history of the Patriotic Baby Boomer:

In my town of 1000 virtually every man that wasn’t 4F had given up 3-4 years of his life to serve in World War II. Even Jim the Jehovah’s Witness volunteered to drive a truck, going down to a depot in Louisville for two years. The company let his family stay in their house all that time.

In the WWII generation not one in ten thousand thought of the military as a job, much less a career path. Whether they served out the war tending naval vessels in Norfolk, or a year in training to hit the beaches in the South Pacific or Mediterranean, there wasn’t a day they didn’t think about getting it over with and going home[…]

1 thought on “Veterans: Why Do Americans Enlist…..When they Don’t Have To?”