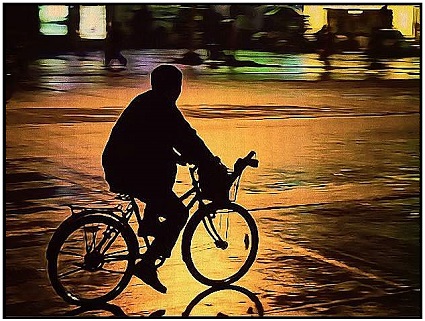 Most of what follows is true.

Mrs Minami was a genuine Japanese-American internee in California during WWII. As soon as the war ended, she took a job with the Defense Department in the Occupation, married a Japanese man, and lived long and prospered as a GS-grade secretary. The last time I ever heard from her was in 1990, retired, when she received her reparations check from the government. The Democrats were so embarrassed that it was one of their guys (FDR) who had interned them in the first place, while leaving the far larger number of Japanese-Americans in Hawaii, 35% of the total population, virtually untouched, it took them almost 40 years to admit their error. (There’s a lesson in there someplace.)

Mrs Minami was my secretary, had had that job since the HQ was built in ’51, and for some reason, liked me. In fact, she made me feel like a general.

And her assistant made me feel like a god. She was an LN (local national) named Mrs Ogawa, a beautiful woman, who took dictation for our GS-13 attorney-liaison with the Japanese government, named Mr Michael. A real piece of work, about whom I will write later, like Mrs Minami he was a Japanese-American who came over with the occupation from Hawaii.

Mrs Minami disliked him a lot.

But she told me Mrs Tai Ogawa thought I hung the moon. Ogawa-san was the Old Japan you would see in Kurosawa films about the Emperor’s court. When I entered the outer office she stood, and when I said “Good morning” she bowed gracefully and said a very proper greeting, “Ohayo gozai-ma-su”, with eyes lowered, head bowed. Japanese have three ways of speaking, to people beneath them, people their equals, and people above them…the honorific, and she always spoke to me in the honorific. So when she bowed I bowed and then she would put her hand to her mouth and titter, just like in the movies.

But Mrs Ogawa was also terrified of me. Mrs Minami said she would have been taught as a child during the occupation that Americans, like Palestinian children today are taught about Israelis, eat their babies in ritual.

They were even told black Americans had long tails, which makes you wonder why so many Japanese girls took them for husbands.

This is one of their stories.

Mrs Minami escorted a black staff sergeant in and laid his file down on my desk. He had been referred for special court martial for stealing a Japanese man’s bicycle at the local train station. I asked Staff Sergeant Jim what happened, and he said “MP’s told me I stole a bicycle at the Sagami train station.”

“No, sir. I was pretty drunk. MP’s came and picked up this bicycle on my kitchen stoop around 0900, then got me out of bed, and took me straight to the station. Then they read me my rights. That was Saturday. When I came to work on Monday I was told by my office chief my records had been flagged, and to go see a JAG.”

“So you still don’t know what you did?”

“Oh, I know, sir. MP’s said they had me dead to rights. Gate guards say they saw me carrying a bike in the gate, and the Japanese man had already come and identified the bike as his.”

I just shook my head. “How many years you got in, Staff Sergeant?”

2 thoughts on “The Case of the Heisted Bicycle- Japan”