Although I have mentioned a new website and open forum, Veterans’ Tales, I don’t recall introducing you to the patriots in charge.  Thus, I thought that I would share this post from our friend Vassar Bushmills who along with Allen Ness keeps the wheels turning over at Veterans’ Tales, which is open to anyone who wants to join, sign up or post their thoughts. 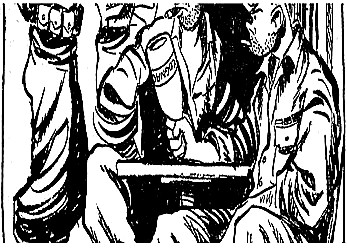 You’ve met our Editor-in-Chief, Allen Ness, who is a real-live E-8 jump master Paratrooper, and as any of you infantry types know, never learned the idiocy of jumping out of a perfectly good aircraft.

I’m the Garritrooper of this outfit, which, as the Bill Mauldin cartoon explained in 1943, “was too far forward to wear a tie, but too far in the rear to git shot.”

I was shot once, while in college, in commission of a minor felony (trying to set fire to strip mine equipment) about 100 miles from campus. Being an Eagle Scout, and fearful of being thrown out of school if I showed up at an emergency room, I tended the wound myself. It was only buckshot.

My brother, four years my junior, enlisted in the Navy a couple of years later when his birthday came up fifth in the draft lottery, then stayed for 32 years[…]