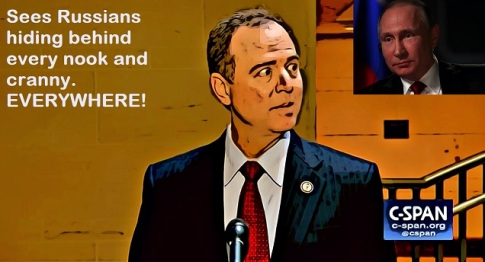 Due process absent from their lexicon, where are all of the “Me-Too” loons hell bent on emasculating our men and boys for alleged offenses against women? Narges Hosseini needs you.

Remember her name: Narges Hosseini. Heroine.
Hosseini, 32, has been in detention since January 29, 2018. Arrested for posting photo standing on a bench holding her white headscarf like a flag on Tehran’s Revolution’s Street. https://t.co/nu3omRRr12

FRONT AND CENTER THIS WEDNESDAY MORNING:

More texts between Strzok and Page uncovered (via @JakeBGibson) https://t.co/SvQd9K4iDu

.@TGowdySC: “I think the Democrats are politically smart enough to put things in the memo that require either the [@FBI] or @TheJusticeDept to say it needs to be [redacted]. Therefore, it creates this belief that there’s something being hidden from the American people.” #TheStory pic.twitter.com/njdC0UBdhX