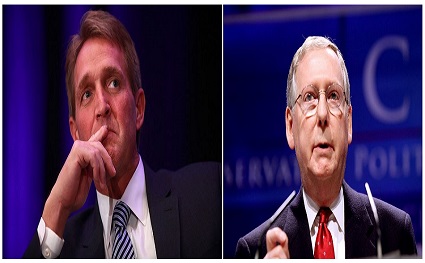 Oh buddy, the U. S. Senate and their dirty tricks.  Are we surprised?

It appears the Senate altered the tax reform bill so Illegal Aliens will find it easier to collect child tax credits [welfare]. People are eligible for the credits when they don’t make enough money [some work off the books and don’t report] to pay federal taxes. Nearly half the country hasn’t been paying federal taxes. These people get money back from taxes if they have children, even if they didn’t pay any taxes.

These credits should be reserved for our citizens, not foreigners. The Senate also knows the program is rife with fraud.

Many supporters of the plan were adamant about illegals not collecting and will be very disappointed.

It is one more invitation to immigrate illegally, many believe.

Under existing law, one does not need a Social Security Number (SSN) to claim the benefit but can substitute an Individual Taxpayer Identification Number (ITIN), as illegal aliens frequently do.

When the tax reform bill came out of the House, the language stated “the taxpayer’s Social Security number on the return of tax for such taxable year.” This language would have blocked illegal aliens, who lack real SSNs, from claiming the lucrative benefit[…]