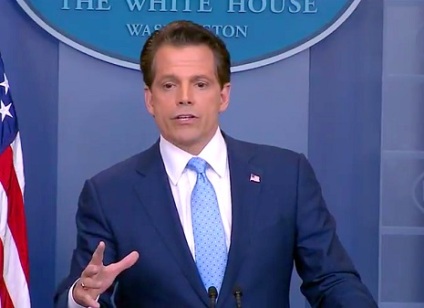 Twitter is abuzz with the news that Anthony Scaramucci is no longer the White House Communications Director.

According to Fox Business, Scaramucci was removed at the request of President Donald Trump’s new Chief of Staff Ret. Gen. John Kelley who was sworn in earlier today.

The Office of the Press Secretary released the following statement:

Statement from the Office of the Press Secretary: pic.twitter.com/6U0oXcT7NC 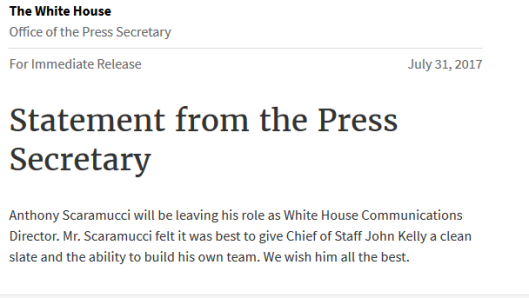