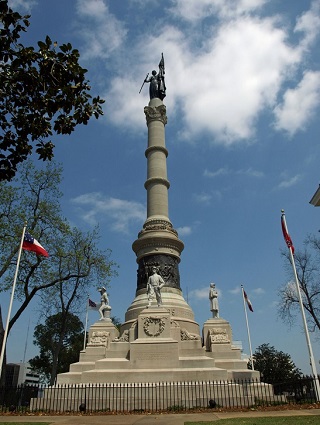 Good for Alabama.  We must stand up to those erasing our history.

Last Wednesday, Alabama Gov. Kay Ivey (R) signed into law the Alabama Memorial Preservation Act of 2017. which to the disdain of Progressives makes it “illegal to remove monuments that have been in place for more than 40 years.”

The relocation, removal, alteration, renaming, or other disturbance of any architecturally significant building, memorial building, memorial street, or monument located on public property which has been in place for 40 or more years.

State Sen. Gerald Allen (R-Tuscaloosa), who proposed the bill, noted protecting monuments is about preserving history for future generations to learn from, the Huffington Post reported.

“I appreciate Gov. Ivey standing up for the thoughtful preservation of Alabama’s history,” Allen said. “Contrary to what its detractors say, the Memorial Preservation Act is intended to preserve all of Alabama’s history ― the good and the bad ― so our children and grandchildren can learn from the past to create a better future…”

It bothers me that this is a subject that I cannot speak on with family members, neighbors or associates without quarrel, the majority of whom #1 hate Donald Trump as they were told to and #2 condone the removal of the Confederate flag, history, and monuments all based on the propaganda.

They just do not get that removing these monuments, the Confederate flag and its history is wrong and about erasing American history more than anything else.

2 thoughts on “Alabama Makes It Illegal to Remove Confederate Monuments”