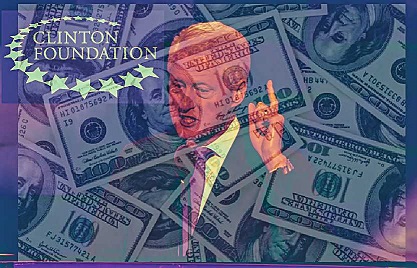 On Thursday, at a meeting with staffers, Bill Clinton announced that if Hillary Clinton is elected, the Clinton Foundation would no longer accept receive donations from foreign enemies entities, governments, corporate charities and domestic or foreign corporations, all of whom might will return later seeking favors from the Oval Office.

Clinton who anticipates his resignation from the foundation’s board contends that the Clinton foundation would only accept donations from independent charities and American citizens.

Oh and if you’re asking yourself, “what about the paid speeches?” Well, the Clintons supposedly will hold off on delivering paid speeches until “after the November elections.” 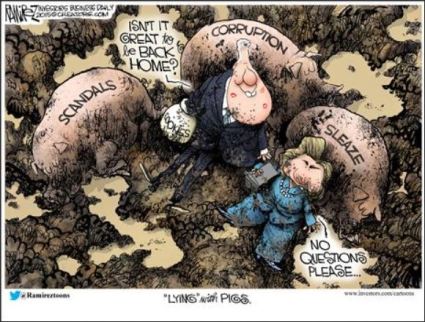 IF? That was THURSDAY when the cameras were rolling but TODAY is SATURDAY, the cameras are not; and with the latter being the case, according to Yahoo-Reuters News the Clinton Foundation NOT weighing its options because there were none to begin with is skirting with the continued acceptance (if Clinton is elected) by the Clinton Foundation of hundreds of millions of dollars in foreign donations.

Translation: “Come on’ in boys, America is for sale to the highest bidder and there’s plenty of space in the Lincoln bedroom for everyone.”

Ah, those platform promises but Bill Clinton said Thursday. Yeah well…. the new guidelines would take about a year for the Clinton Foundation to work out. Besides, only a small part of the foundation’s work would be affected, like climate change,  work on economic development and the like.

Not buying it are you? Well, you shouldn’t because in the name of the greater good (that’s how Progressives roll):

…The Clinton Health Access Initiative (CHAI), the foundation’s flagship project credited with reducing the cost of life-saving HIV medicines in the developing world, is yet to decide if it will similarly introduce new limits on donors….

The Clintons who has never been held accountable for anything and who again lied to voters on camera just two days ago will continue their ponzi schemes, questionable fundraising tactics, money laundering operation for dictators, the worst violators of human rights across the planet and America’s enemies while lining their pockets with blood money.

Bill Clinton spoke too soon last week when he called his wife’s email scandal: ‘the biggest load of bull I ever heard.’   Thursday’s dog and pony show has taken the prize for being the biggest load of bull that anyone has heard brought to American voters courtesy of 1209 North Orange Street, Wilmington Delaware, epic center of the Clinton Crime Family Syndicate and official address for over 285,000 companies in particular WJC, LLC which happens to be a shell company set up in 2008 by Bill Clinton to shield consulting fees and ZFS Holdings, LLC set up in 2013 exactly one week after Hillary left the State Department.

… The Clinton campaign declined to comment on why the Clintons, who live in New York and have no evident residential ties to Delaware, set up companies in the state. But the presidential candidate isn’t alone. Experts say Delaware is the most popular place to register a company in the United States, due in part to its established system of business case law and tax incentives for intellectual property and real estate holdings.

One of the biggest draws may be the state’s lack of disclosure requirements—businesses can be created completely anonymously, allowing the owners to avoid public detection and even hide income from U.S. authorities…. 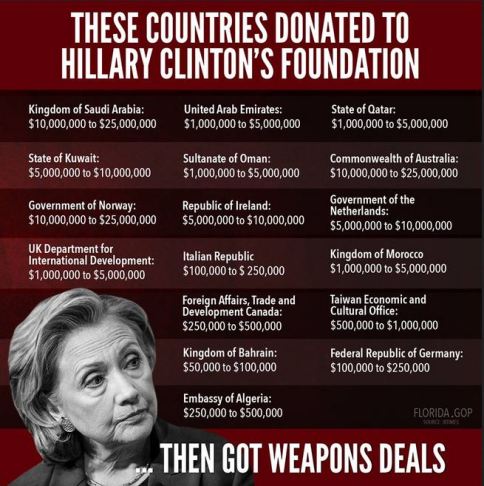 Oh yes, the air is ripe from the bull spun by the Clintons who never met a hundred million, ponzi scheme, tax shelter and scandal they didn’t like.