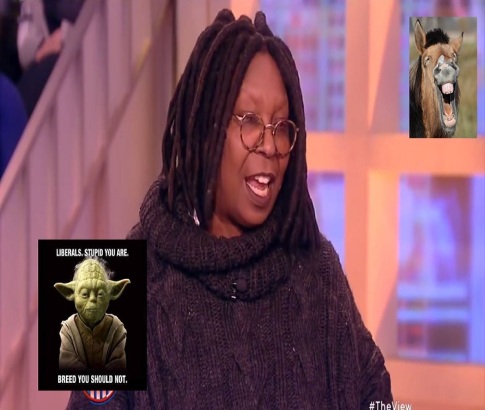 Whoopi Goldberg seems to be under the impression that automatic weapons are available to the general public.

During Wednesday’s episode of “The View,” Goldberg pleaded with Republican presidential candidate Rand Paul on gun control and said that she couldn’t understand why “anyone objects to getting rid of automatic weapons.”

Automatic weapons are regulated by the National Firearms Act of 1934 and not available to the general public. Individuals must first be approved by the federal government for a special license by paying a $200 fee to the Internal Revenue Service and going through a process with the Treasury Department[…]

What is up with Progressives making a fool out of themselves and then doubling down on their ignorance?