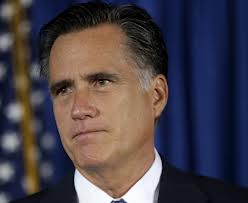 The reasons for not re-electing President Obama are numerous: failed domestic policies, failing foreign policies, poor management of our nation’s resources including taxpayer dollars and energy, over-regulation of small business, a failure to work in any type of bipartisan way, a penchant for putting social issues ahead of economic issues…you’ve read and studied the issues and know the score.

Many Americans have jokingly? said they would vote for a potted plant over voting for a 2nd term for Obama. Thankfully, we have a much better option. We have Mitt Romney….

A validation of Mitt Romney that leaves no argument. Using a few of Barack Obama’s own words, “Let there be no doubt,”  Mitt Romney is the ONLY man for the job.

Source:  FREEDOM BY THE WAY

2 thoughts on “Via Freedom by the Way – Mitt Romney: The Right Man, Right Now. One American Mom’s View”